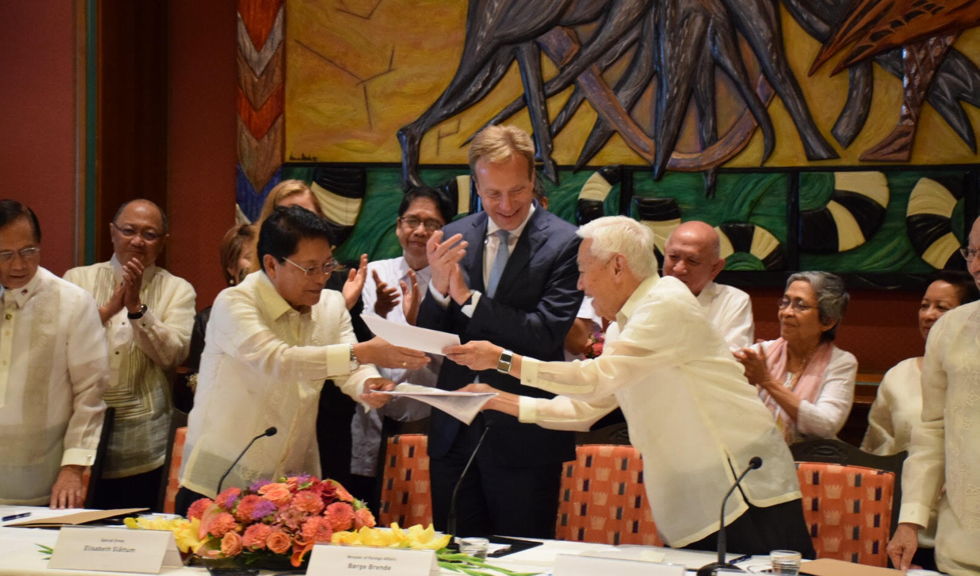 ‘In the course of a few days, the parties in the Philippine peace process have reached agreement on issues that have blocked progress for many years. The agreement to recommend amnesties and a ceasefire is a breakthrough. It is also of crucial importance that the whole of the communist movement National Democratic Front of the Philippines is now represented here in Oslo,’ said Minister of Foreign Affairs Børge Brende.

Among the most important points that have been agreed is that both parties will implement a unilateral ceasefire for an indefinite period. This has never before been achieved in this peace process and is regarded as a major breakthrough. The authorities’ peace panel will urge the President to grant an amnesty for all political prisoners with links to the NDFP, subject to Congress approval.

‘I would like to congratulate the parties, who have shown considerable flexibility and the desire to achieve this important joint declaration. The intentions behind the declaration, combined with the constructive negotiation climate, will form the basis for further peace talks,’ said Mr Brende.

The parties have agreed to speed up the peace process, and aim to reach the first substantial agreement on economic and social reforms within six months. They plan to follow this up with an agreement on political and constitutional reforms, before a final agreement on ending the armed conflict can be signed.

Peace negotiations have been held intermittently for 30 years. Norway has been a facilitator for the peace process since 2001. The last formal round of negotiations took place in Oslo in 2011.

“Both parties come together in discussing the implementation phase. This shows their commitment to peace and development in Mindanao. The meeting presents an opportunity to build momentum for the peace efforts,” said Norwegian Ambassador to the Philippines Erik Førner.

“We have been a committed partner to this peace process for several years and we will continuously remain a strong supporter to efforts that promote peace in the Philippines, for the benefit of all Filipinos,” said Ambassador Førner.

Norway is part of the International Monitoring Team watching over the ceasefire in Mindanao, and the Independent Decommissioning Body involved in the process of decommissioning firearms and fighters.