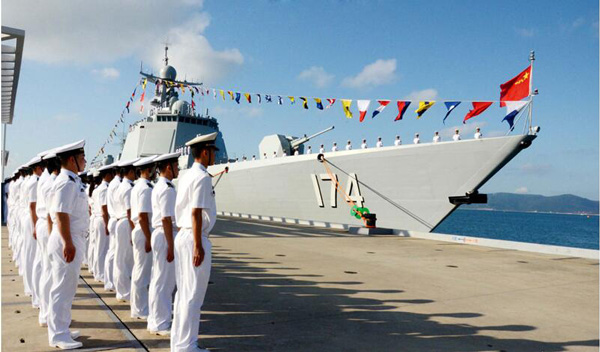 A Chinese naval fleet arrived in Helsinki early Tuesday after finishing its mission in the joint maneuver with the Russian military in the Baltic Sea last week.

The formation, comprising missile destroyer Hefei, missile frigate Yuncheng and supply vessel Luomahu, was the first Chinese fleet that ever sailed to the region for a military exercise.

The Russia-China joint drill aimed to carry out rescue missions and safeguard maritime economic activities. It was the first phase of “Joint Sea 2017”, which will also witness similar exercises in the Sea of Japan and Okhotsk later this year.

More than 500 Chinese living in Finland gathered at the harbor to greet the warships. Commander of the fleet Rear Admiral Yu Manjiang delivered a short speech to the audience. He said he hoped the three-day visit will broaden the exchanges and enhance the cooperation with the Finnish army.

After the speech, the crowd had a chance to get on board the missile frigate Yuncheng and talk with the officers and sailors. The ship was open to the Finnish public on Wednesday August 3.

Finnish Defense Minister Jussi Niinisto said the Chinese navy is welcome to Finland. “We have friendly relations with China, and we do this kind of cooperation,” he told Xinhua at a reception celebrating the 90th birthday of the Chinese Liberation Army.

Commenting on the Chinese effort to continue reducing the size of military staff, Niinisto said it is a good and friendly gesture to the world. He said Chinese army is still an impressive power, and “we want to have good relationship with the Chinese army.”

Niinisto visited China in 2016, and hosted a visit by Chinese Defense Minister Chang Wanquan in 2015. “It is very useful for both of us to visit regulary because in that we learned more about each other,” Niinisto said.

Three men from Stavanger and Sandnes will sell fresh Norwegian mountain air to China, according to the daily newspaper Aftenposten. Three engineers collect air in large containers along the 42 kilometers long Lysefjord, compress the air in smaller bottles and put it up for sale on the internet. Talking to to Stavanger Aftenblad, the chairman… 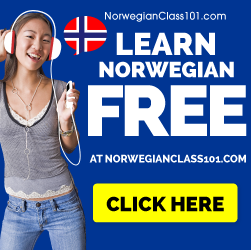