The Nordic counrtries together with New Zealand and Singapore in the Asia Pacific are this year once again on the top of the list of the World’s least corrupt countries.

“The interplay of corruption and inequality also feeds populism. When traditional politicians fail to tackle corruption, people grow cynical. Increasingly, people are turning to populist leaders who promise to break the cycle of corruption and privilege. Yet this is likely to exacerbate – rather than resolve – the tensions that fed the populist surge in the first place. (Read more about the linkages between corruption, inequality and populism.)”, Transparency International wrote.

More countries moved down on the list than up, showing the need for a constant awareness. Even Denmark declined slightly, but remained in the top position.

“The majority of Asia Pacific countries sit in the bottom half of the Corruption Perceptions Index 2016. 19 out of 30 countries in the region scored 40 or less out of 100. ”

For obvious reasons, ScandAsia wishes to abstain from sharing the comments by Transparency International on each state in Asia. We suggest interested readers see the comments and make up their own mind. 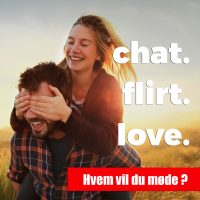