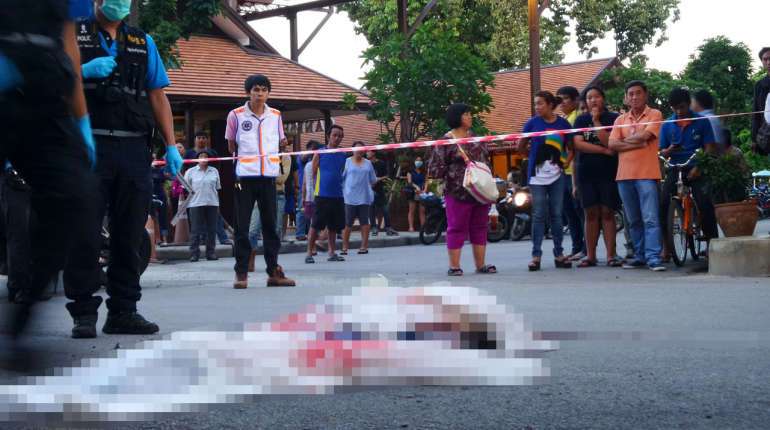 On the afternoon of Tuesday 13 September 2016, the body of Perka Laine from Finland was found lying on the concrete floor next to the Arcade Inn hotel in Chiang Mai’s Wat Ket subdistrict. Mr. Laine, who police say was in his 30’s, had jumped out the window from the sixth floor, and the police suspect a panic reaction being the reason for this.

The details surrounding his death are sketchy, but hotel employees told investigators that Mr. Laine had checked into the hotel at around 1pm the same day carrying only a backpack, and that he had stayed alone in his room during the afternoon.

Four hours later, an employee heard a sound of something heavy falling to the ground, prompting her to rush out. Outside she found Perka Laine lying dead on the ground.

Police inspected room no. 607 where the Finn had stayed but did not find any signs of a struggle or other evidence indicating that a crime had taken place.

Asked for a possible motive, police claimed that Mr. Laine might have had personal problems and did not know how to solve them, causing a panic reaction which then led to him deciding to commit suicide. The police assume that he booked the room solely for his purpose.