Yesterday March 8, 2016 I got the sad message that my dear friend Folke Westling passed away, 76 years old.

Folke was born in Karlskrona, Sweden, on January 26, 1940. He was a medical doctor, and he told me that he had joined the UN peace keeping mission in Balkan.

I know him only from the last part of his life, after he moved to Thailand, what I think was in 2006. We met occasionally in a meeting about Thai Politicks in the Foreign Correspondence Club of Thailand on September 3, 2008. The club house was crowded and we ended up sitting at the same small table.

We exchanged name cards and agreed to meet again for a lunch. I sent him an email some days after and invited him to my Rotary Club of Bangkoks lunch meeting on September 9, 2008. After that we became quite close and he joined the Rotary Club as a member January 29, 2009.

Folke was very interested and knowledgeable in Politicks, espesially in Sweden, Finland, Norway, Denmark and Thailand.

In an interview by the Swedish Broadcasting Company about the political situation in Thailand in 2008, they presented him as a ”statsvetare”. If it was something I wanted to know, I just sent him an email and I got back a long explanation with historical background.

It is sad I can not reach him anymore. My thoughts go to his spouse Fon. Rest in Pease, Folke, and thank you for the time we have walked together on the road of life.

Thomas Jorgensen, founder and CEO of Cecurify has in April merged his company into the Kuala Lumpur-headquartered CARDCore Group, described as an “exciting move for both parties”. Thomas Jorgensen has assumed the position of Chief Operating Officer and will be working closely with CEO Adam Ducquet. Founded in 2013, Cecurify has a strong focus on… 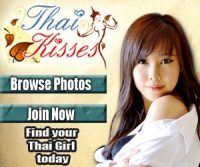