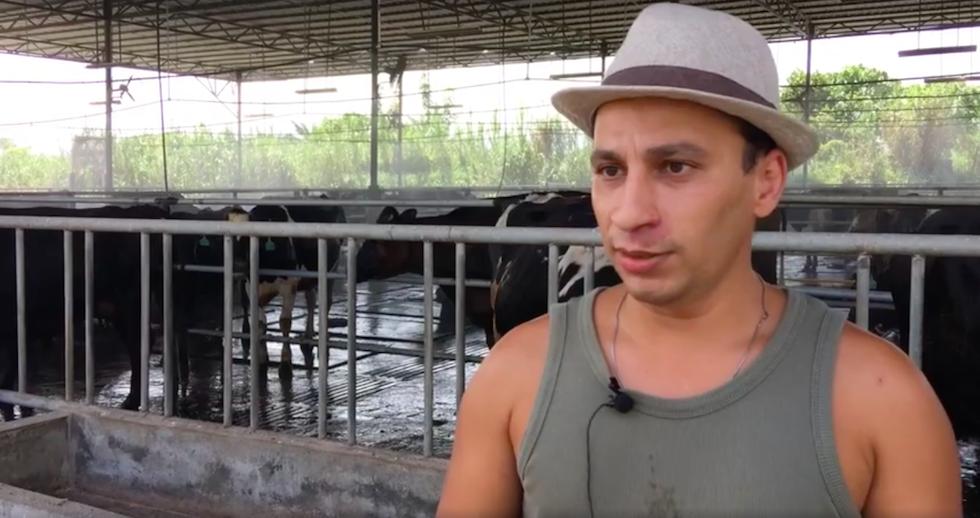 Kasem Hasam, Nur Dairy Farm in Selangor, Malaysia, has increased the production on his dairy farm by 20 percent with a little Danish guidance.

In March, a Danish business delegation visited dairy farms around Malaysia where they spoke to the farmers about the different challenges in dairy production both in Malaysia and in Denmark.

One of the farms visited was Nur Dairy Farm in Selangor, where they spoke with owner Kasem Hasan about his specific challenges.

In April, Kasem visited Denmark where he saw first hand how the Danish dairy production works and was inspired to make just a few small changes at his farm in Malaysia, which resulted in a significant increase in milk production.

In a video from Embassy of Denmark in Kuala Lumpur, Kasem explains how the Danish guidance has helped him.

One challenge for Kasem was especially keeping the cows at a comfortable temperature in Malaysia’s tropical climate. A Danish farmer adviced Kasem, who installed sprinklers and a fan to cool down the cows.

The little change has caused the big increase in productivity. The cows eat more and produce more milk.