The 2016 Nordic Design and Innovation Week, which was held on 4-13 November 2016, was arrange for the fourth time. The event is a platform to showcase the Nordic concept of sustainable innovation and creative design, which was organized in cooperation with the Shanghai Intercultural Association and Daning Lifehub.

Co-organised by Denmark, Finland, Norway and Sweden the venues Center Plaza and Hub Novo (3F, Block 5) at Daning International Commerce Plaza in Jing’an District, Shanghai were filled with a wide smorgasbord of Nordic lifestyle and design.

The theme for the 2016 edition was children and youth, showcasing a wide range of fun design and innovations for children.

All Nordic Consul Generals participated in the opening ceremony.

“There is a saying that the things you learn without joy you will forget easily”, said Jan Wahlberg, Consul General of Finland in Shanghai.

“Therefore we want to have fun and give our children a chance to play and experience the world in an inspiring but safe environment.” 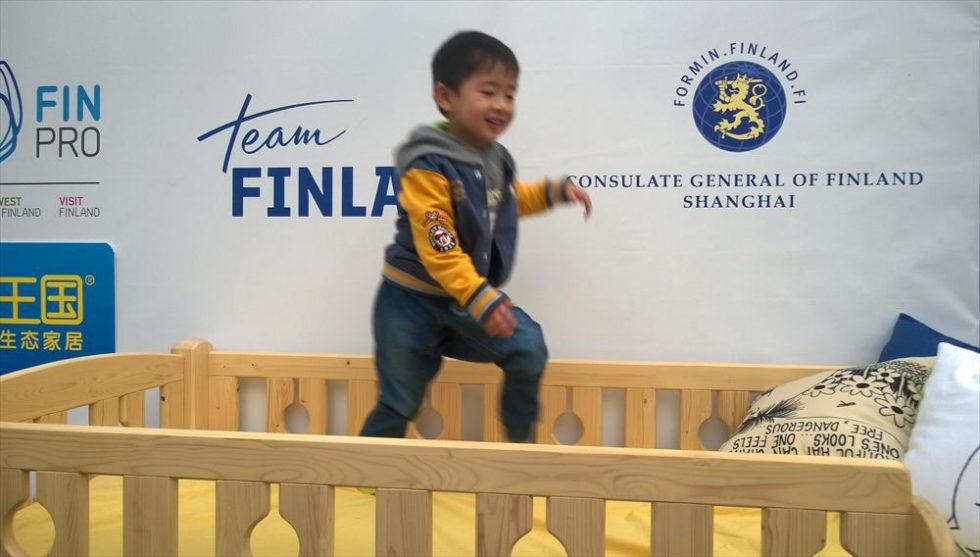 The general exhibition had more than 30 different companies displaying some of their latest and most inspiring products within design and fashion such as for instance furniture, candy, animation films and cartoon characters.

Meanwhile, the Consulate General of Finland in Shanghai organized a baby box side event during the first weekend of the Nordic Design and Innovation Week. One of the most famous Finnish symbols of the egalitarian culture is the maternity package, also known as the baby box. This Finnish social innovation from 1937 includes around 50 items from baby clothes to diapers and is sent to every expectant mother or family in Finland – if they so choose. The box even contains a mattress, under sheet and a blanket.

The participants got to hear about the background of the box, could have a peek at the items in the maternity package, take a picture of their baby in the box and hear some Finnish children’s songs. Still, the biggest buzz was around the company Moi Trading that introduced their commercialized concept of the Finnish baby box called Onnea Maternity Box From Finland. 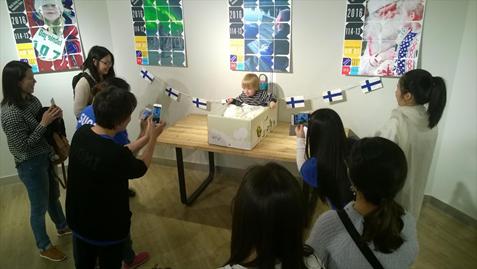 In the Finnish pavilion, one could buy children’s clothing by Blaa, test children’s furniture by Sampo, try Xylitol tablets by Idun Works or read under the Stora Enso tree. Visitors could also learn more about Nord Water or the Berry Drinks of Roberts and have a closer look at the the Moomin porcelain enamel set by Muurla as well as the Moomin diapers and Vuokkoset sanitary towels by Delipap. The cool Golla bags and the popular children clothing by Reima were also showcased. The Finnish game ‘Angry Birds’ also participated.

Among a plethora of aspects of society and life displayed numerous activities and events were held, including exhibitions on children’s literature, lectures and workshops on design by and for children, children’s theatre workshops, experiments with art education, cross-cultural communication and nature, cooking classes with Nordic chef, etc. IKEA, BabyBjörn, Fillidutt and many other Nordic brands participated. 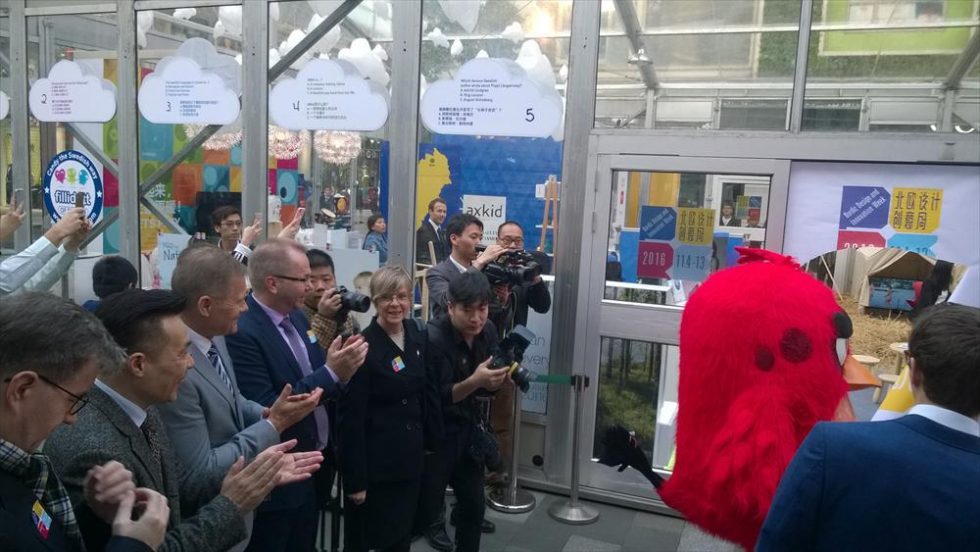 The Consulate General of Sweden together with Swedish Institute invited children and their parents to take part in two drama workshops based on the famous fairytale – The magic brush. The facilitators took 50 children (age 6-8 and 8-10) on a journey through time and space into the magic world of a little boy and an evil King. The workshops were based on the European method Processes Drama. Using different conventions, such as creative drawing, teamwork and role-play, the facilitators introduced the Swedish way of reading and understanding. All attendees visited the Swedish children’s literature exhibition on site.

Norwegian Centre of Architecture and Design; Norwegian Seafood Council; Norwegian top brands Stokke, Scandinavian Business Seating; and Norwegian literatures and animations shared stories of how to create a better life for our children. 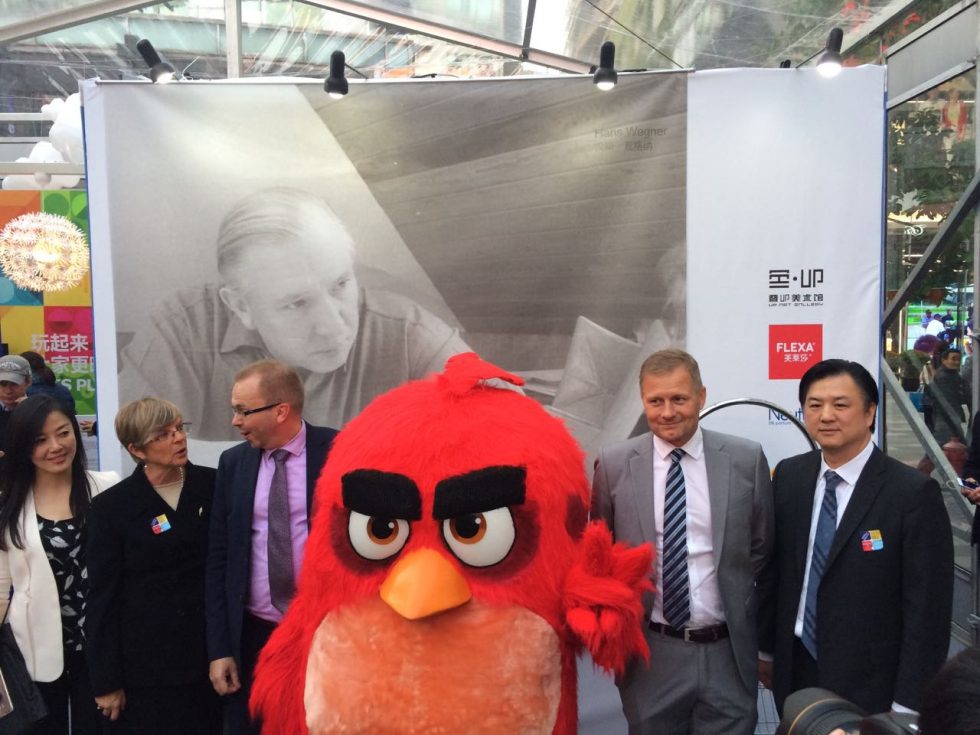 The Finnish Angry Bird kicked its way into the pavilion during the opening ceremony of the Nordic Design and Innovation week 2016 in Shanghai. Photo: Hanna Öunap.

In events designed by Norwegian experts various organizations in Norway, kids brands, and cultural institutions showcased the varieties of Norwegian values for kids.