Finland’s new Ambassador to Malaysia’s arrival was timely, as the first Asean Team Finland meeting ever took place in Singapore on 28 – 29 April. H.E. Petri Puhakka then started at the Kuala Lumpur mission on 2 May, and awarded ScandAsia an introduction the very same first week of his first ambassador posting.

The unique Finnish gathering enabled that the Ambassador could kick off his Southeast Asian assignment by meeting all the Team Finland colleagues in the region, including all Finnish Business Council/Chambers of Commerce Directors, FinPro representatives and all Finnish Ambassadors, to brainstorm and plan opportunities and collaboration.

“It was one the first time when local business councils were also invited, within the Team Finland framework, and we’re all working towards the same end goals so this was a logical step. We will try to meet on a regular basis onwards.”

“It was really useful what we found out; that there are still room for improvements – especially on the information sharing side. So it was good that we noticed this in the beginning so we know better what we should be aiming at,” relates Petri Puhakka. 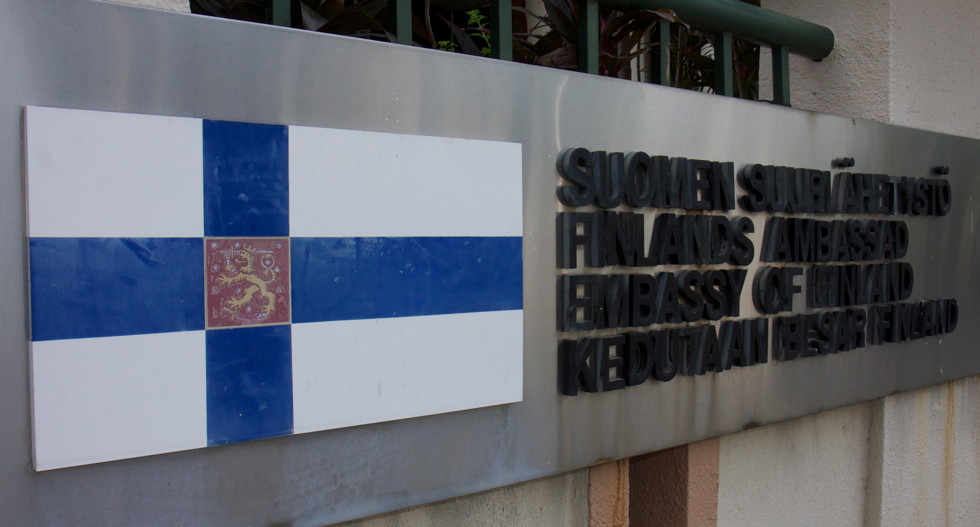 SEA Action Plan
Finland has a heavy emphasis on economic diplomacy utilizing the Team Finland network that brings all state-funded actors under one umbrella.

“We have the action plan for Southeast Asia that sets the framework. And Team Finland is one of the priorities: Before we had several actors doing basically the same thing but didn’t know exactly what the others were doing. That’s not very effective use of scarce resources. Now we are trying to have an informed idea what the others are doing via information sharing, as well as having common planning and project sharing,” he comments on the new Team Finland framework, which concerns efforts both here in the region and back home.

“What we do in Finland sets the basic framework but we have to adapt it regionally… say events brought to the area from Finland. So it’s wiser to take as much people on board as possible and use the opportunity. With expos, artists and events it’s better to tour the region. That’s one of the ideas and next year it’s going be the Finland 100 years of independence celebration where we will aim at getting more visibility. Let’s see what turns out of our ideas and continued planning.” 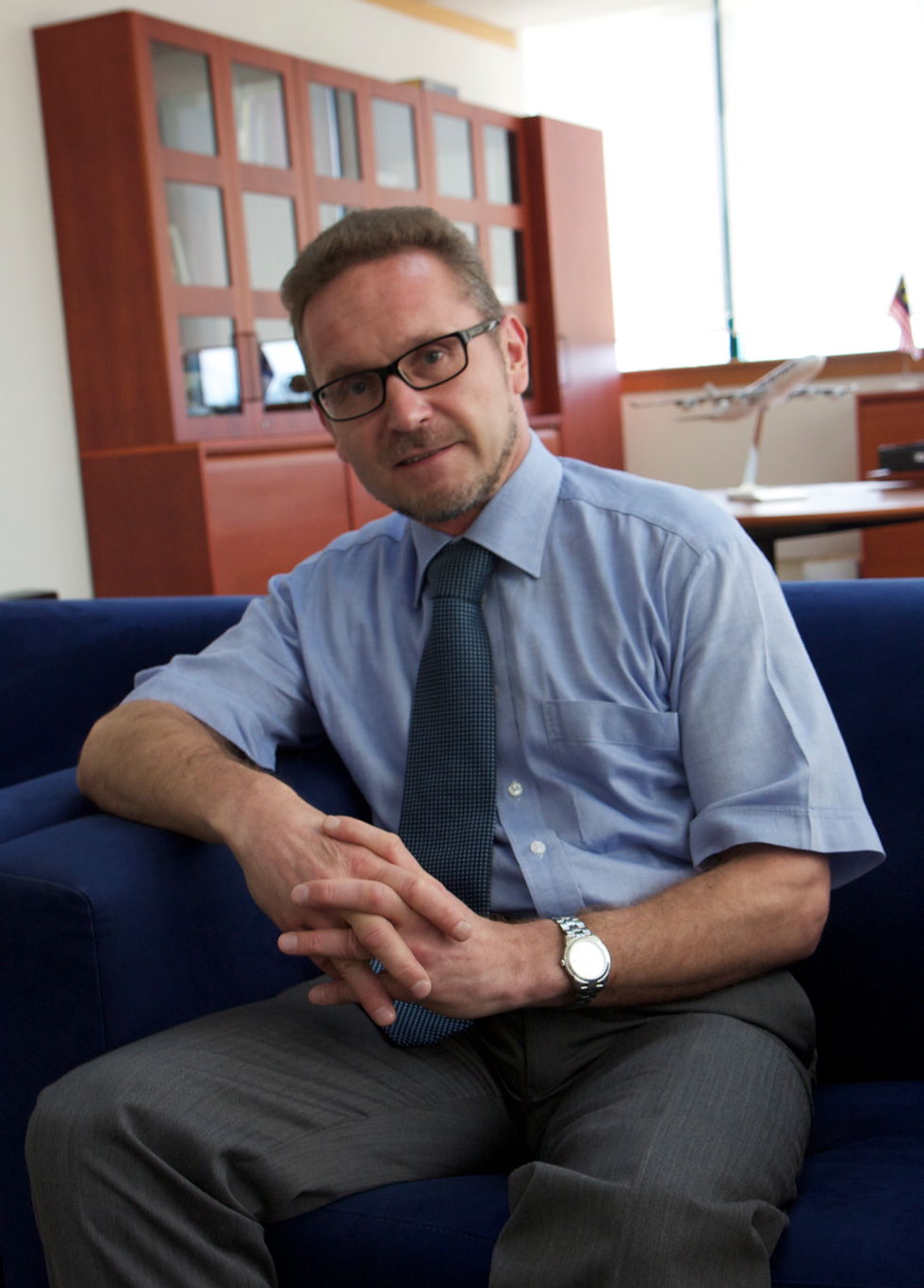 The framework Petri Puhakka refers to is ‘Finland’s action plan for Southeast Asia’ release in May last year, with contribution from Finland’s foreign missions in the region.

Malaysia is a long-term, well-known partner to Finland and Finnish companies, where Finnish companies have been established for a long time already, says the plan about Malaysia. Finland’s main exports to Malaysia are machinery and equipment, paper, and chemicals. Imports consist mainly of electronic equipment as well as palm oil and rubber. Some 50 Finnish companies operate in Malaysia. There is also cooperation in the education sector.

“The conclusion of a free trade agreement between the EU and Malaysia would improve market access for Finnish products and increase interest in Malaysian markets. More high-level visits between Finland and Malaysia would benefit the promotion of economic relations.”

Some priorities with regard to Malaysia are: Increase cooperation in information technology, ICT technology and information security; in the energy sector, in particular in renewable energy and energy logistics; in clean technologies; and promote educational exports.

Petri Puhakka is also Ambassador of Finland to Brunei as well as the Philippines, where, says the report, the overall situation has been improving greatly due to the determined reforms carried out in the recent years. Economic growth is expected to continue at the impressive 6–7 per cent annually over the next few years.

“The sectors where we think there is potential for Finnish products and knowhow are more or less the same for the whole region. We have some slight differences, with ICT, clean teach, healthcare, education, waste-to-energy etc.; basically where we have expertise.” 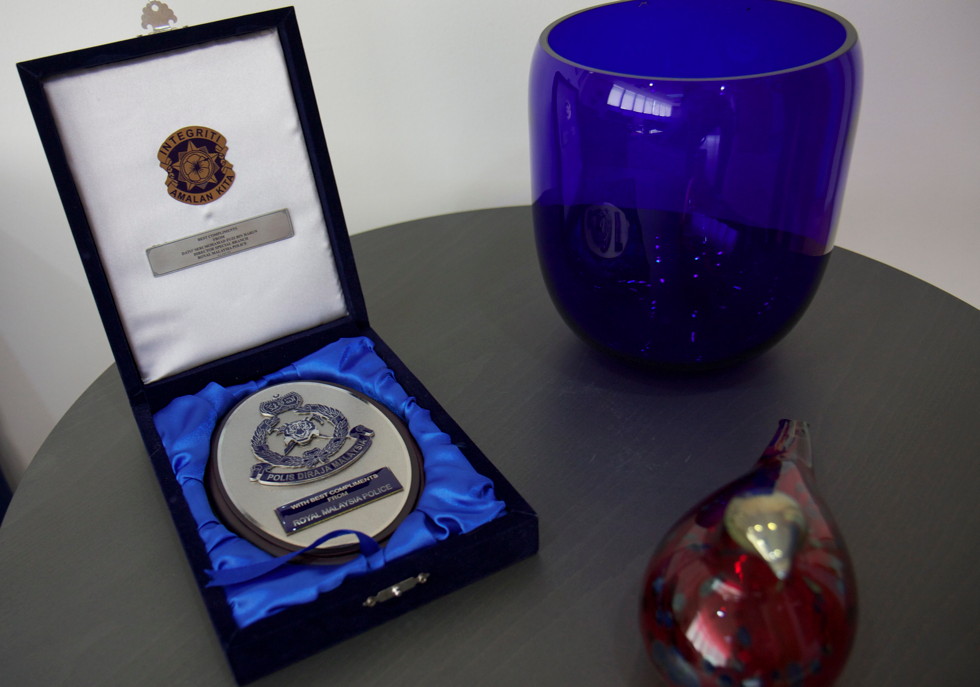 Finnpartnership matchmaking
“Education is a growing sector, which was also in focus of the ‘Doings Business with Finland’ seminars held in Malaysia in March. It’s a fairly new concept, education as export field, so we need still to define what exactly it is about. You cannot just copy; you have to adapt it to local surroundings and local habits,” thinks the Ambassador. “Anyway it’s one of key interests of the Malaysian government as well; everybody wants to get good education. It´s clear there is potential.”

The main objective of these seminars was to connect Malaysian and Finnish companies, promote investment opportunities and promote Finland as business destination of choice.

Co-organised by Finnpartnership the seminars this time had more companies to offer thanks to the close cooperation with the Team Finland growth programs of the Finnish internationalization office, Finpro. With the help of Finnpartnership’s Matchmaking Service, companies and organisations in Finland and in developing countries can seek out new cooperation opportunities and business partners, and get financial support.

“I visited FinnFund and Finnpartnership before heading for Malaysia. They do the homework regarding which companies would like to export or expand internationally and which sectors. They do the same kind of footwork here and then try to match them,” says Petri Puhakka.

“It is also our task to follow up from here,” he adds.

It was successful and the results of the seminars were better than expected. But we need to wait before we can see how much will materialise. They have to negotiate etc. so I don’t expect some fast results in just a couple of months. It could be years, but at least you have seen the interest of both sides.”

The atmosphere here is quite conducive, with some incentives such as the MSC concept (Multimedia Super Corridor), thinks the new ambassador of the Malaysia market.

“The business councils as well have a key role to play. FinPro can do something, but in getting used to local habits and local regulations, Finnish businesses here, plus those who have been here before, are a very valuable source.”

“We are lucky now to have a commercial counsellor from FinPro sitting here in the Kuala Lumpur embassy. But he represents a huge area from India to Australia, excluding China.”

This year Ministry of Foreign Affairs of Finland (MFA) has also been provided with some additional resources to send some extra commercial counsellor, for a limited number of years, of which one is strategically placed in Singapore.

Dig into politics
International relations and trade are topics that Petri Puhakka has gained significant experience with, since he began working at the MFA 21,5 years ago. He has been posted to: Embassy in Reykjavik, Iceland; Mission at Nato in Brussels (covering eg. the peacekeeping operation in Kosovo); the Permanent Representation to the United Nations and the World Trade Organisation in Geneva; and the Permanent Representation to the European Union as Finland’s deputy to the trade policy committee.

And prior to the appointment as Ambassador, he worked as a training director for human resources development at MFA.

He must also dig in to some other aspects than trade as well.

“You are supposed to be following the events of the area and report back home. There is a lot to learn on that front, of course, but I try to get a proper picture about the countries, the culture and ways things are done here as fast as possible.”

“But my first impressions of Malaysia are really positive – this is a well-functioning multi-ethnic and multi-cultural country.”

Right after his arrival local elections took place in Sarawak, followed by the Philippines Presidential election.

“People are waiting for you in Helsinki to give an evaluation on what happens and how it will affect the future,” the ambassador comments on his upcoming tasks.

Petri Puhakka himself is awaiting his wife to join him at the end of the Nordic summer, while their two daughters remain in Finland, studying at college and about to start at university respectively. However, they have promised to come and visit their parents as often as they can.