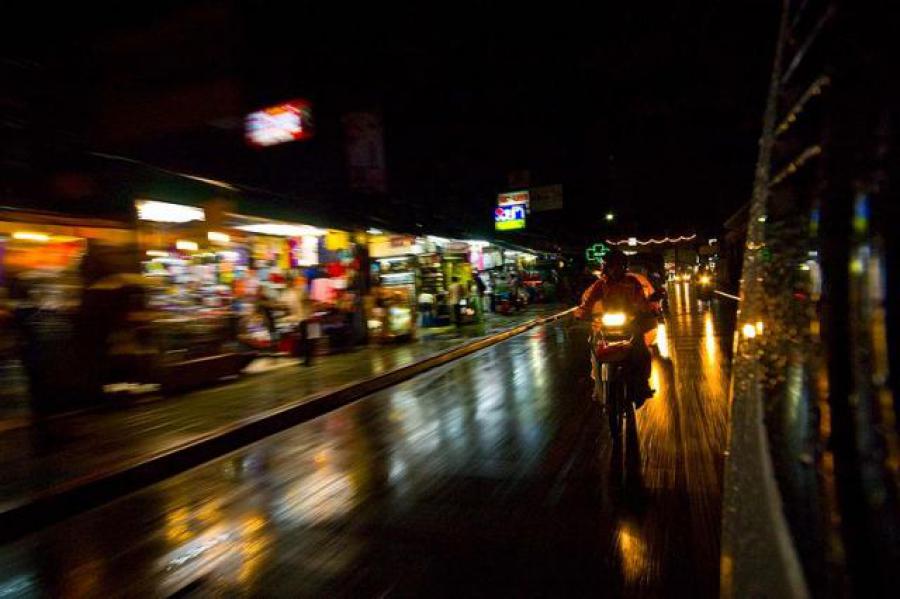 Phuket Gazette reports that a Swedish man, named as Johnny Daniel Soederstroem, 41, died in a motorcycle accident on his way across Thepkrasattri Bridge in Phuket on 14 April.

The death of marks the first death of the ‘Seven Days of Danger’ road-safety campaign in Phuket, which coincides with Phuket Bike Week.

He was riding a Honda CB650F in the evening, when he crashed into the concrete railings along the bridge. Rescue workers found him in critical condition, and he was rushed to Thalang Hospital, but doctors were unable to save him, reported the local police.

Another biker friend riding alongside Mr Soederstroem told police that when Mr Soederstroem came to the middle of the bridge, he stood up on his bike to look at the sea. He then lost control and slammed into the wall, hitting his head on a streetlight pole.

Thousands of bikers have descended on Phuket as part of the Phuket Bike Week event, which started in Patong last weekend and will continue in Saphan Hin in Phuket Town this weekend.

As day four of the ‘Seven Days of Danger’ road-safety campaign concluded, the island witnessed one death, 33 accidents and 39 injuries, according to statistics recorded by the Department of Disaster Prevention and Mitigation (DDPM) Phuket Office.

Updated Phuket statistics issued by the DDPM for traffic offences during the first three days of the campaign included the following: