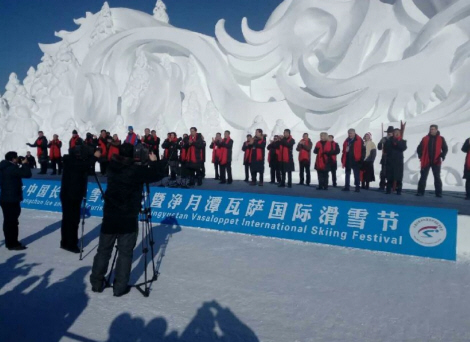 Vasaloppet is the oldest and largest cross country ski race in the world. The race is held every year in Dalarna, Sweden. In 2003, Vasaloppet was first introduced in China. In the first week of January 2017 the fifteenth edition of Vasaloppet China was arranged in Changchun, Jilin province. The event was broadcasted on Swedish television and in 16 other countries.

This year, a total of 1500 skiers competed in the 50 km race. Around 200 swedes took part in the happening, both in the race and as organizers. The Embassy of Sweden participated in the opening ceremony. Vasaloppet China is part of the annual Ice and Snow Festival in Changchun, which covers several other winter activities, an ambitious snow sculpture exhibition and even a Vasaloppet museum.

Winter sports are still quite unknown among the Chinese people, but the interest has increased in recent years and the coming Winter Olympics in China 2022 are expected to have a positive effect on the interest for winter sports in China.

Vasaloppet in Sweden will be held on 5 March 2017 with an expected number of participants exceeding
15 000.